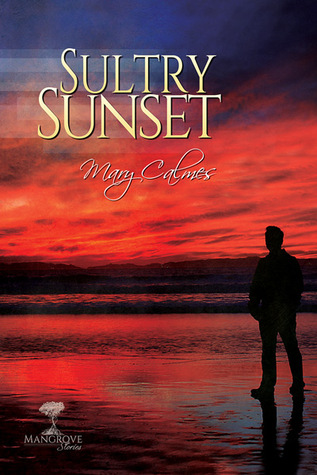 Hutch Crowley is well-liked in the small resort town of Mangrove—he’s got friends in his new neighbors, he’s the owner of the town grocery, and he’s building a community center—but he’s still unlucky at love. Every man he’s attracted to is either taken or simply not interested, including his best friend, Mike Rojas.

When Mike came to Mangrove two years ago, Hutch gave him a job and a place to stay in his guesthouse, where Mike has remained ever since. Despite the rumors circulating about them, Hutch knows Mike is straight and looking for the right woman. But his friends disagree, and after some hints to the contrary, even Hutch finally has to admit that maybe the rest of the town sees something he’s been missing. If Hutch wants to spend each sultry sunset with the man of his dreams, it might be time to figure out what’s going on with his best friend’s heart.

I’m a big fan of the best friends to lovers story arc. I really like the idea that two people can click, and once they know each other well enough, the sex can come afterwards and it just enhances what’s already there.

A majority of the story was focused on introducing Hutch’s character, and the kind of person he is. He’s kind of the guy who likes taking on lost souls and helping them become better, or whole again. He would never hesitate in helping a little girl when he sees her crying all alone. He would take out time to help a recent widower get back on his feet. He is the kind of guy who takes out time to give back to his community.

I think so much of the story was dedicated to telling us this about Hutch, because Mary Calmes wanted to set up Hutch’s motivations for his not telling Mike that he was madly in love with him. By understanding that Hutch is very unselfish and compassionate person, readers knew why Hutch would never compromise his relationship with Mike by possibly alienating him. Unfortunately, spending so much of the story following Hutch about his daily exploits, made the story a little sluggish in the beginning. Then, after he realizes that he’s in love with Mike, there was so much action. First, it’s having the panic attack, next it was Hutch realizing that the old biddies were trying to interfere with his community/rec center project (for the fifth time), and then it was his trying to punch the daylights out of the local doctor. In the end, Hutch and Mike jump into bed together, and they lived in domestic bliss with Ivy as their pseudo-daughter.

Honestly, I would have liked to see the story from Mike’s POV, just because he was the one who was going through this really intense emotional journey during the course of the story. He was just coming back to life, after having his wife die, when he realized that he’s actually attracted to his savior. The emotional intensity there would’ve been a lot more interesting from the reader perspective, because the reader could’ve always been shown how much of a good person Hutch was, from Mike’s perspective. At some point, Mary Calmes does include how Mike views Hutch, because that sense of self-worth was important to Hutch’s character development.

The story left me wanting more, because I felt that the pacing should’ve been timed a little bit differently, so that the reader could have had the same connection with the characters, as they did in the second half of the book, for all 78 pages. That being said, I would love to see another Mangrove Stories book that focuses on Hutch and Mike’s relationship as it is at the end of this book. There were a few elements that I thought would have made a great story arc for a follow-up book, such as Mike’s saying his wife didn’t think they would have had children together, or their relationship wouldn’t have lasted long. I want the story where Hutch and Mike adopt kids, or one of Hutch’s sisters becomes their surrogate, and them having to deal with the consequences of a posthumous Dear John letter from Mike’s wife, where she admits to having been a lesbian, but had been scared to explore that part of herself, when it was easier to just be with Mike instead.

The characters in the story were really amazing. Hutch and Mike were very three-dimensional characters, which is why I want to see them have a story that is solely about them. I also want the other characters that were introduced in this book, such as the hunky, firemen neighbor and his really crazy but lovable kid, and other characters, to have their own stories in the series.